Born into a musical family in Poughkeepsie, New York, Tao is the eldest grandchild of folk singer Pete Seeger. Tao spent his childhood in Nicaragua where his father was a war correspondent, making documentary films about the Sandinista revolution. With little access to pop music in Nicaragua, Tao cherished his AC/DC and Metallica cassettes along with the two tapes he had of his grandfather’s music. Here began the merging of rock and folk music that would come to influence Tao in his musical career. After nine years in Nicaragua, Tao returned to the United States and moved into the home of his grandparents, Pete and Toshi Seeger. Listening to his grandfather perform, Tao became frustrated with his grandfather’s poor Spanish singing skills and approached him. The legendary Seeger turned the criticism around saying, ‘Well if it’s so bad, why don’t you help me out?’ In 1986, a teenaged Tao joined his Grandpa Pete at a Hiroshima Day rally in front of an audience of more than half a million people in Japan for their first concert together. Thus began the musical partnership between Tao and Pete that would take them around the world together. Tao was the co-founder of the folk/rock groups RIG (Rodriguez/Irion/Guthrie), The Mammals and is the founding member of his new band the Tao Seeger Band. The Tao Seeger Band includes Tao singing lead vocals, playing electric guitar and banjo, Laura Cortese on fiddle and vocals, Jake Silver on bass, Jason Crosby on keyboards and Robin MacMillan on drums. Their music can be described as a fusion of rock and folk with a ‘rootsy and psychedelic’ sound. 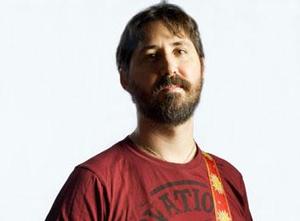