Dan Lawson’s reputation as one of America’s Premier guitar players speaks for itself. He and his style have evolved into a charismatic rock sound like no other! He is a singer-songwriter of stylistic depth and emotional resonance. An award-winning songwriter, producer. Dan’s latest album “Soldiers of Fortune” received Album of the Year (Group) at the 2015 Limelight Music Awards. In March 2018 they were inducted into The Music Museum of New England.

Dan Lawson does not just play the guitar, his guitar tells a story of passion and soul! Dan’s musical roots are a vast mix of Rock and Funk! Our music is an output of the sum!

The Grab Brothers are true brothers—Larry and Marc Grab—with music that explodes in a kick-ass blend of “Retro for Today” lead guitar crunching rhythms, mystical-leaning lyrics and arena-filling vocals that pull your heart strings on a whim.

But there’s more. These brothers can also strum you a pot-full of acoustical gems and have you singing along to their life-fulfilling stories even when you’ve never heard the songs before.
Melora B., journalist for the North-Provincetown Banner recently wrote, “The brothers are like an “orchestrated tossed salad” with music emanating from flute, sax, harmonica, trombone, keyboards and electric and acoustic guitars, which gives them that full jam-band sound. “Their musical heart is enhanced by lead singer Larry Grab who really gobbles up time and verse with an insatiable hunger and passion that is hard to satisfy.” John Thomas of Lip Magazine had this to say: “It’s not just the catchy riffs and the memorable lyrics that distinguish the Grab Brothers Band from others but it’s their musical approach and the way they tell the story with real emotion, understanding and artistry. Larry and Marc can paint you a song about love, life and fantasy and connect you into it as well.” 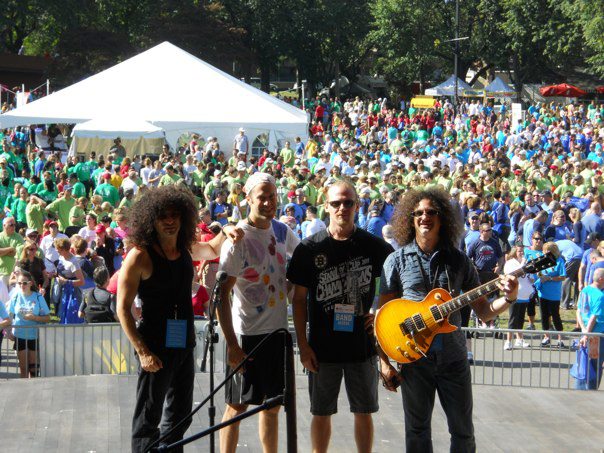