Are you a fan of “The Conjuring” and “Annabelle” films? Are you interested in the mysterious and sometimes terrifying realm of the supernatural that inspired these films? Do you want to know more about the case files of famed paranormal researchers Ed & Lorraine Warren? If you answered yes to any of these questions, then join us on August 3rd for an event like no other at the Narrows.

For this supernatural evening, we welcome you to join us as Mr. Spera discusses the real stories of the Warren Case films, including “The Conjuring” and “Amityville Horror” cases. After you hear these intense stories, Mr. Spera will present the Conjuring mirror, a five-foot antique mirror used for summoning spirits, as well as other infamous and diabolical objects from Ed & Lorraine Warren’s Occult Museum, which houses the largest array of haunted artifacts and items that have been used in occult practices throughout the world.

Along with these detailed accounts, you will get to witness an actual exorcism of a farmer from Massachusetts and hear actual recordings taken from the Enfield Poltergeist case featured in “The Conjuring 2.” The Enfield Poltergeist is a case of demonic possession that the Warren’s helped investigate for a family in England.

Participants will also view a video tour of the museum, hosted by Mr. Spera and the late Ed Warren who died in 2006. In the video, Mr. Warren discusses in detail the various artifacts housed within the museum.

Lastly, Mr. Spera will answer any burning questions you may have about the paranormal world.

Tony Spera is a paranormal researcher and the son-in-law of famed paranormal researchers, Lorraine and Edward Warren. Tony has worked with the Warren’s since the mid 1980’s and is considered an expert in paranormal research. A former police officer, Tony holds an Associates degree in Law Enforcement and a Bachelor’s degree from the University of Connecticut. He has appeared on several paranormal television reality shows and has spoken at numerous colleges and universities. Tony was a consultant on two movies, “The Conjuring” and “The Conuring 2” released by New Line Cinemas. He lives in Connecticut with his wife, Judy. 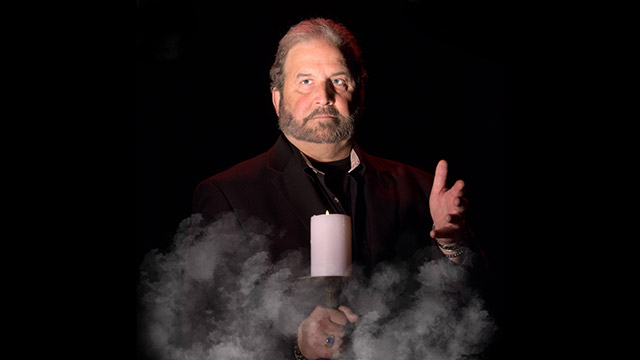