Over the past few years, The Dustbowl Revival has been making a name for itself with a vibrant mix of vintage Americana sounds. Critics have proclaimed that this eclectic eight-piece “would have sounded utterly at home within the hallowed confines of Preservation Hall in New Orleans’ French Quarter” (Los Angeles Times) and their “upbeat, old-school, All-American sonic safaris exemplify everything shows should be: hot, spontaneous, engaging and, best of all, a pleasure to hear” (L.A. Weekly). Rob Sheffield, in Rolling Stone, hailed them as a great band “whose Americana swing was so fun I went back to see them again the next day.”

Their new eponymous album, however, finds the Los Angeles-based ensemble evolving and refining its music. Their always-joyous sound now reveals a more soulful, funky side that exudes deeper emotions and taps a more modern vibe.

This exhilarating new sound jumps out on the album’s opening tracks, “Call My Name” and “If You Could See Me Now.” Drummer Joshlyn Heffernan and bassist James Klopfleisch lay down a righteous groove that trumpeter Matt Rubin and trombonist Ulf Bjorlin supercharge with their big blasts of horns. This Stax-style soul builds to a pair of showstoppers: “Good Egg” and “The Story.” The former is a dynamic number that showcases Liz Beebe’s sexy, full-throttled vocals as well as Bjorlin’s dirty trombone solo. On “The Story,” Beebe teams with band founder Zach Lupetin for an emotionally charged love song that features some infectious interplay between the horn players and the string-men (mandolinist Daniel Mark and fiddler Connor Vance).

The album’s first single, “Busted,” also exemplifies the sonic leap taken by the band. Spotlighted by Beebe’s slinky jazz vocals, the song mixes traditional American music styles, like the blast of R&B horns and the in-the-pocket drums, with some inventive touches, such as a mandolin plucked like a hip-hop inspired piano, and the upright bass and fiddle played through wah-pedals. The group has said that recording “Busted” was like a door opening for them to create something familiar yet stylistically fresh.

About the opener, Town Meeting:

Town Meeting is 100% committed to their live show. This is a band that is to be not only heard, but seen and experienced. While they sound great in a studio, to truly understand Town Meeting you must see them live. Playing primarily acoustic instruments they strive to bring the energy of rock and punk bands to a folk show. 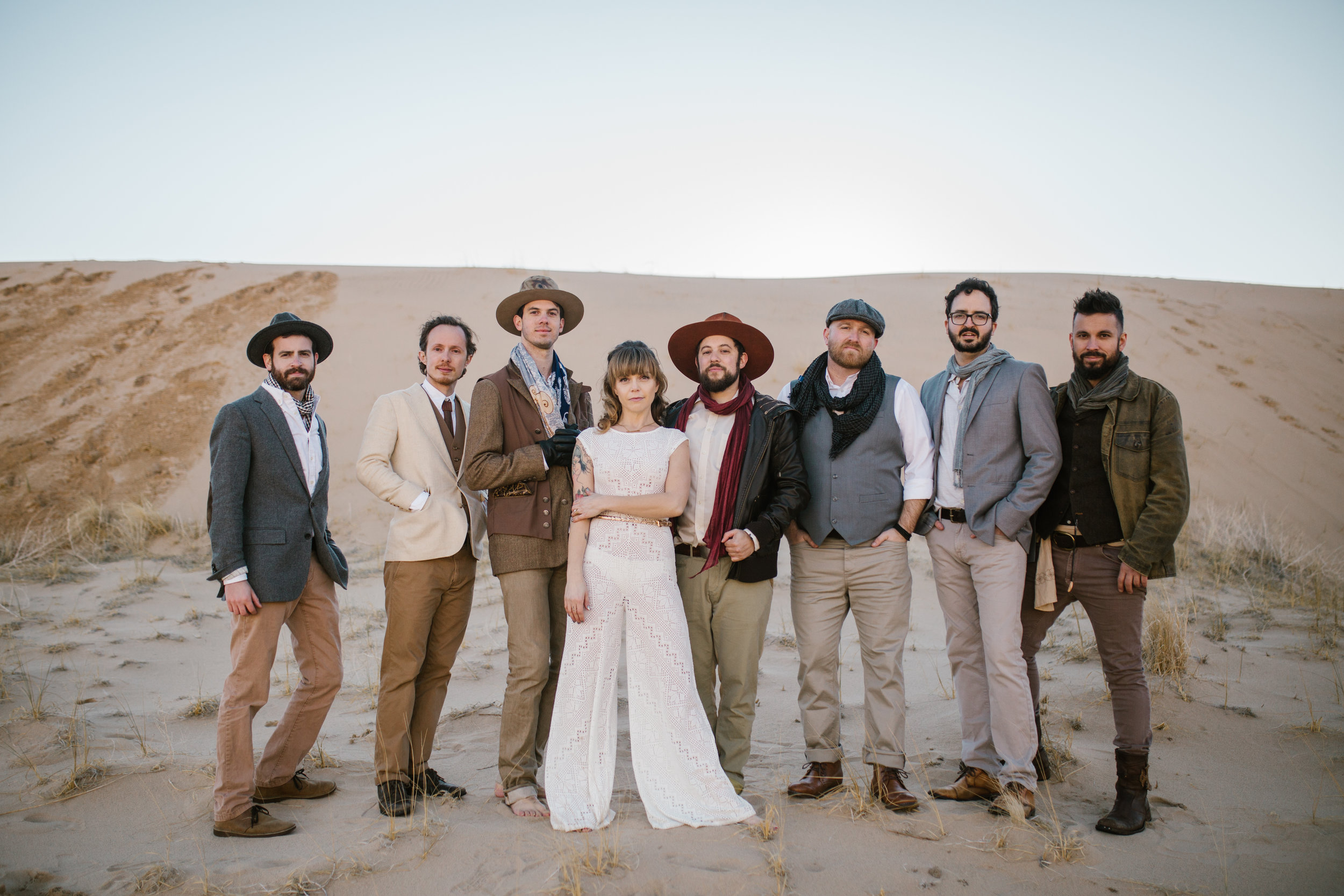