For over 30 years, The Fabulous Thunderbirds have been the quintessential American band. The group’s distinctive and powerful sound, influenced by a diversity of musical styles, manifested itself into a unique musical hybrid via such barnburners as “Tuff Enuff” and “Wrap It Up”. Co-founder Kim Wilson, the sole original member, still spearheads the group as it evolves into its newest incarnation.

“We started as a straight blues band”, vocalist and harmonica player Wilson says. “We now incorporate a mixture of a lot of different styles. We’re an American music band and we’re much higher energy than we were before.”

In addition to Wilson, the current Thunderbirds line-up features Johnny Moeller on guitar, Steve Gomes on bass, Kevin Anker on keyboards, and Wes Watkins on drums.

“To be in the T-Birds, you need to understand the different styles of music and different ways of playing,” Wilson comments. “You have to be willing to adopt a more contemporary style. The guys we have now are able to do that.”

The band continues to tour extensively, in both the U.S. and Europe. Wilson is currently writing songs on his own, with band members and other writers.

“I’ve primarily been a solo songwriter, but I’m looking forward to experimenting with the guys in the band,” Wilson says.

The thread throughout the T-Birds career has been the respect the group commanded for its peerless musicianship and devotion to the sounds of blues, R & B and rock ‘n roll. In fact, Muddy Waters called Wilson his favorite harmonica player and vocalist. “Muddy Waters was very good to me,” Wilson says. “He almost adopted me. I’ll never forget him.”

For Kim Wilson, the musical journey started in Goleta, California. At 17 he began playing the harmonica. His influences included Little Walter, George “Harmonica” Smith, Lazy Lester and James Cotton. At the same time, Wilson began singing and was deeply impacted by Bobby “Blue” Bland, B.B. King, Otis Rush, Jimmy Rodgers and Muddy Waters. In search of other musicians who shared his love of the blues, Wilson headed to Minneapolis. He stayed there for a year and a half, playing locally, before moving to the burgeoning music scene of Austin, Texas. It was there that he met Jimmie Vaughan and they founded the T-Birds in 1974. The band developed a reputation as a compelling live act and subsequently signed a record deal with CBS/Epic Records.

In 1979, The Fabulous Thunderbirds released their first self-titled album. Primarily blues influenced, it became a cult classic. “Things were wide open back then,” Wilson recalls. “There were hundreds of stages where bands could show what they had.”

In subsequent releases, the band started to incorporate more Cajun, rock ‘n roll and soul influences. The album “T-Bird Rhythm” marked a creative turning point for the group as it collaborated with noted producer Nick Lowe. In 1986, The Fabulous Thunderbirds reached a commercial peak with the album, “Tuff Enuff”. The single of the same title as well as the singles “Wrap It Up” and “Look At That”, all went top 40. The song, “Tuff Enuff” was featured in the film “Gung Ho” starring Michael Keaton.

For the remainder of the ’80s, the band continued to record and tour, and released the album, “Powerful Stuff”. Jimmie Vaughn left in 1989 but Wilson kept the group going, incorporating keyboards into the guitar-driven sound. Kim moved back to California in 1996, continuing to cultivate the T-Birds music.

“The thing about the T-Birds is that we can play both blues festival and rock venues,” Wilson comments. “We’re a diversified band now and everybody’s on the same page.”

As a side project Wilson formed Kim Wilson’s Blues Revue, a traditional blues band. He also owns a blues label, Blue Collar Music, that has released three albums – one by Kim, one by “Big Al” Blake and one by Fred Kaplan. Wilson has also recorded and written with noted session guitarist Danny Kortchmar and drummer Steve Jordan and may tour with them at some point. However his current focus remains The Fabulous Thunderbirds. “This is a great time for this band,” he says. “We’re looking forward to the future.” 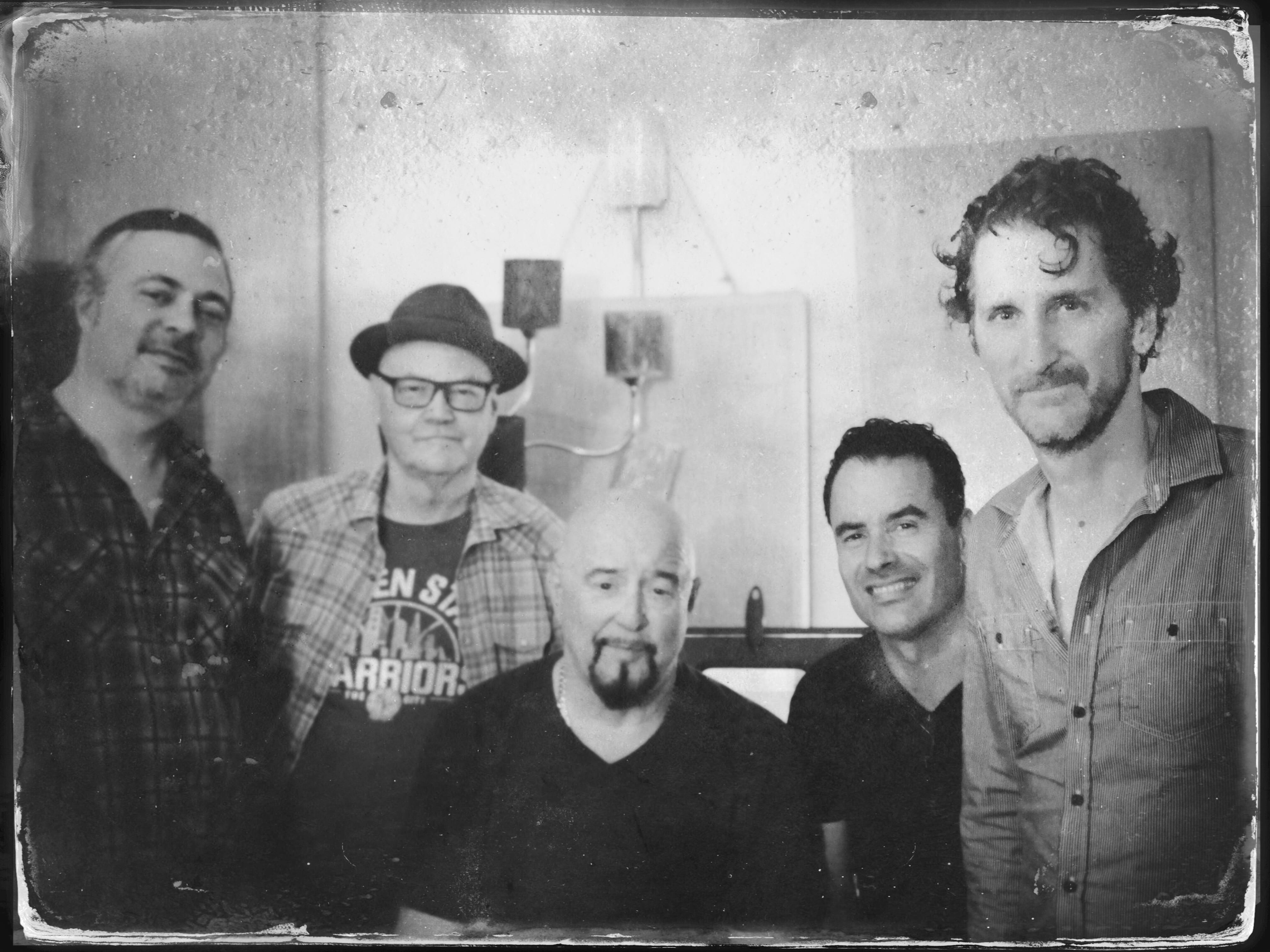