Ever since man made his first mark on a cave wall to announce his existence, the figure has been a continual source of renewed discovery and inspiration. It has always been a point of departure for the artist to explore and express the wide range of human feelings and emotions. How the figure will be interpreted next – by present artist or later on by future artists – we cannot predict. But we can foresee that the figure with its inherent potential and richness will retain its fascination as an art form. 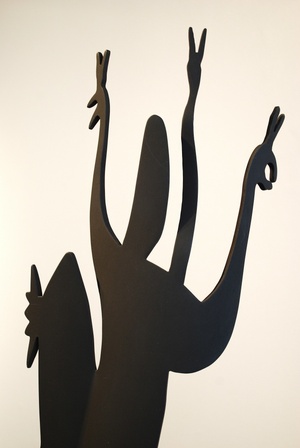