The John Davis Caravan: Standing At The Crossroads

Cutting-edge, roots-music pianist, John Davis, continues his excavation of previously-unacknowledged 19th-century black pianist/composers from the Deep South who influenced 20th-century R&B, jazz, and rock ‘n roll. Tonight, Davis will perform works from his 2008 Newport Classic release, Marshfield Tornado: John Davis Plays Blind Boone, that has been a repeat #1 seller on the Ragtime chart at Amazon.com. ‘In John Davis’ hands,’ reports Living Blues Magazine, Boone’s piano works become ‘more than artifacts’they live, with an immediacy that cannot be denied.’ No doubt, Davis will also play a selection or two from his earlier, top-ten selling, critically-acclaimed John Davis Plays Blind Tom on the same label that, according to The Atlanta Journal-Constitution, ‘singlehandedly revived the lost legacy of the Georgia slave pianist, Thomas Wiggins.’ 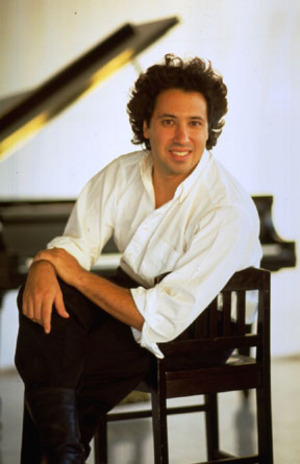