A fixture on the roots music circuit, pianist John Davis returns to the Narrows armed with his unique repertoire at the intersection of white and black culture and high and low culture in American society. To date, this cutting-edge, genre-crossing artist is most associated with three critically-acclaimed CDs on Newport Classic that have defined, excavated, and disseminated a previously-unacknowledged American roots music. John Davis Plays Blind Tom, a recording of music by the Georgia slave pianist, Blind Tom, became a top-ten seller in Classical Music at Amazon.com and Tower Records, and, according to The Atlanta Journal-Constitution, ‘singlehandedly revived the lost legacy of Thomas Wiggins.’ Marshfield Tornado: John Davis Plays Blind Boone, featuring compositions by John William ‘Blind’ Boone, a sightless black pianist from Missouri who modeled his career after Blind Tom’s, has been a repeat #1 CD on the Ragtime chart at Amazon.com. ‘In John Davis’ hands,’ writes Living Blues Magazine, Boone’s piano works become ‘more than artifacts’they live, with an immediacy that cannot be denied.’ Davis’ latest, Halley’s Comet: Around the Piano with Mark Twain & John Davis, a recording paying tribute to the widespread musical interests of America’s most famous author, Mark Twain, was lauded as ‘an unexpected pleasure’ by Keyboard Magazine. A substantial review in The New York Times of Davis’ recent in-concert performance of Halley’s Comet at Le Poisson Rouge in Manhattan reported Davis as playing Twain-related pieces from the CD ‘powerfully and with a rich palette,’ before concluding that ‘it is refreshing to find a player whose fascinations lie elsewhere.’ 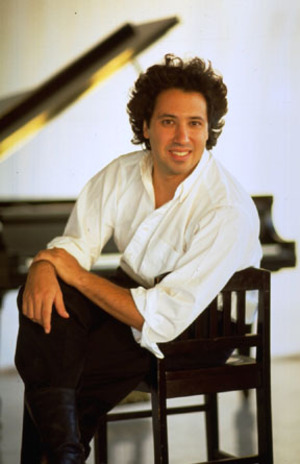