LET’S REVUE! Rolling Stone magazine named Freedy Johnston Songwriter of the Year in 1994 and his album Can You Fly is a bona fide roots rock classic. Syd Straw is an enormously gifted vocalist who has recorded with The Golden Palominos, Wilco, and Richard Thompson. Chris Collingwood is the lyricist/singer for one of America’s most loved bands, Fountains of Wayne. Alone and together, these three talented musicians will be backed by The Shinolas, a Connecticut super group that’s made a name for themselves playing with folks like Big Al Anderson and a host of others. Emceed by frequent WNPR/The Nose contributor and Shinola guitarist Jim Chapdelaine, Let’s Revue! promises great songs, great performances and great fun! 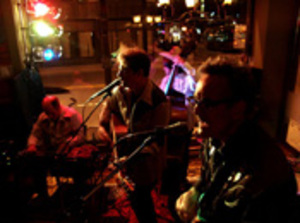