Two triple threats (singers, songwriters, multi instrumentalists) for one great evening of music. They are touring in support of their fantastic new record ‘Memories & Moments.’ Memories & Moments is the second studio album from highly regarded writer/singer/multi-instrumentalists Tim O’Brien and Darrell Scott, released on their newly formed Full Skies imprint, a compound of O’Brien’s Howdy Skies and Scott’s Full Light labels. Comprising of five songs apiece from O’Brien and Scott plus one memorable collaboration in their timely ‘Turn Your Dirty Lights On,’ along with a pair of chestnuts from Hank Williams and George Jones and a spirited rendition of the John Prine classic ‘Paradise,’ with its author guesting on guitar and vocals, Memories & Moments is a face-to-face record by design. ‘Our strength is playing in the moment,’ says Scott, ‘so if you record that way, with us across from each other, leaking into each other’s mics, there’s an immediacy to it that translates to the listener. That’s our hope, anyway.’ ‘We wanted to keep that intimate feeling,’ O’Brien adds. ‘It’s rare that you can play with somebody who can respond and magnify like Darrell does. So except for the one track, this record is just the two of us reacting to one another, and it’s a pretty good game of Ping-Pong. This will be one very special evening of music. 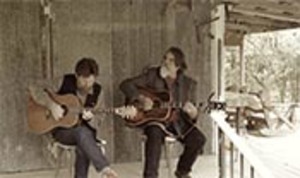