Averaging over 150 live shows a year, Ellis has played in all 50 states, as well as Canada, Europe, Australia and South America. Whether he’s out with his own band or sharing stages with major artists like Buddy Guy, The Allman Brothers, Gov’t Mule or Widespread Panic, he always digs deep and plays, as Guitar Player says, ‘as if his life depended on it.’ Ellis’ most recent tour with Blues At The Crossroads II: Muddy & The Wolf with the Fabulous Thunderbirds featuring Kim Wilson, James Cotton, Jody Williams and Bob Margolin was by all accounts one of the best shows of 2013. 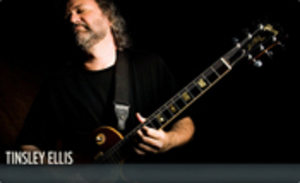