Southern blues-rocker TINSLEY ELLIS may speak no evil, but he sings and plays with the conviction of, as Billboard wrote, ‘…a man possessed.’ Over the course of 11 albums and literally thousands of live performances, Ellis easily ranks as one of today’s most electrifying blues-rock guitarists and vocalists. He attacks his music with rock power and blues feeling, in the same tradition as his Deep South musical heroes Duane Allman and Freddie King and his old friends Derek Trucks and Warren Haynes. Atlanta Magazine declared Ellis ‘the most significant blues artist to emerge from Atlanta since Blind Willie McTell.’ 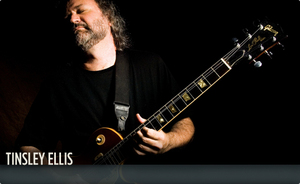