Stand up comedian and actor Tom Green sparked a TV revolution with his hit MTV comedy series ‘The Tom Green Show.’ One of MTV’s top-rated programs, ‘The Tom Green Show,’ paved the way for shows like ‘Jackass,’ ‘Punk’d’ and ‘Fear Factor.’ With its guerrilla video tactics and outrageous stunts, it was unlike anything that had been seen before. After his show was acquired and broadcast by MTV, Green went on to produce, direct and star in several films, including such blockbusters as ‘Road Trip’ and ‘Charlie’s Angels,’ as well as the cult classics ‘Freddy Got Fingered,’ and ‘Stealing Harvard.’ Green has appeared multiple times on ‘The Late Show with David Letterman,’ ‘The Tonight Show,’ ‘Oprah,’ ‘The Jimmy Kimmel Show,’ ‘The View,’ ‘Late Night with Conan O’Brien,’ ‘Live with Regis & Kelly,’ and ‘The Wendy Williams Show.’ In fact, he is one of the few comedians in history given the chance to guest-host David Letterman’s program. He has also hosted ‘Saturday Night Live,’ and has appeared on numerous magazine covers including the coveted cover of ‘Rolling Stone’ magazine. This show is intended for mature audiences. 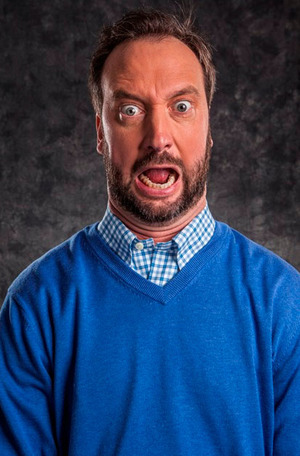