Tommy Castro and the Painkillers 3/26/15

I’m always moving forward, going outside of my wheelhouse, listening to new music and incorporating new ideas,’ says award-winning guitarist/vocalist/songwriter Tommy Castro. ‘The contemporary blues scene is full of fresh, new sounds. It’s an exciting time.’ Castro is famed for his signature brand of tough, rocking rhythm and blues, thrilling fans around the world with his incendiary live performances. With his turbo-charged new Alligator Records album, The Devil You Know, Castro strips his music down to its raw essence as he rockets into the next phase of his storied career. The Devil You Know, recorded in the Bay Area with his fiery new band The Painkillers and produced by Castro and Bonnie Hayes, is a contemporary blues tour-de-force. The album is an untamed, high-energy set of 13 songs, including nine written or co-written by Castro. ‘For the new album I challenged myself to add different sounds and new rhythms to my style while remaining true to my roots. I wrote using ideas for songs and ideas for sounds together in a way I’d never done before,’ explains Castro, ‘using drum rhythms to drive the lyrics.’ The tracks’melodic and biting, energetic and fun’are brought to life with sonic authority by bassist Randy McDonald (from the original Tommy Castro Band), keyboardist James Pace and original Painkillers drummer Byron Cage. 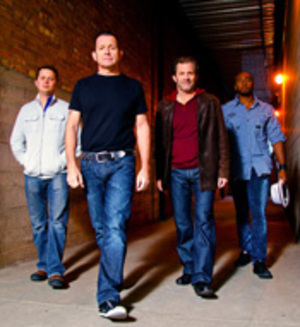