Tony Roberts is a troubador in the truest sense. Since 1999 he has toured throughout the US, Canada and Europe. He has lived and played in Key West, Florida- London, England- Vancouver, British Columbia and his hometown of Boston, Massachusetts, where he started out at Berklee College of Music as a songwriting major. His music can only be classified as ‘islandreggaebluesgospel’. His lyrics are confessional, visual and inspirational, from the intensely emotional, to songs that you just can’t help but move to. He has written, recorded and released 10 full length albums on his own record label, Broken River Records. In 2009 Tony’s song, Rise, was used by the New York Yankees as a theme for their Hope Week campaign. His latest album, The Long Lost Ocean Blues, which was produced and recorded by Tony and released in December 2009 and features musicians from Key West, Nashville and Boston. In 2010 Tony was asked to play the Key West Songwriter Festival in May and the Martha’s Vineyard Songwriter Festival in September alongside writers like Robert Earl Keen, Scotty Emerick, Kim Carnes and Paul Overstreet. 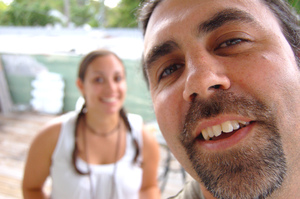