Accomplished singer, songwriter and musician, Colby James has earned an outstanding reputation as one of the most popular performers. For the past 15 years, his powerful vocals has entertained audiences throughout the region. His recent accomplishments include his band Rune, which was voted as one of RI’s best bands. As featured on ITunes, Colby and his band have also performed at numerous venues including the Tropicana in Atlantic City, the CBGB in NYC and the opening act for the nationwide tour of the Pat McGee Band.Performing alongside with Colby this evening will be bandmates Jay Pacheco (percussion, and longtime production and recording expert) as well as newcomer James Raiola on guitar. Colby is also excited to announce that longtime friend and fellow musician with Rune, Heather Church will be joining on violin. Heather has also recently performed with the Trans-Siberian Orchestra.

Trinity is comprised of four vocalists with decades of experience in the music industry. As a vocal/acoustic act Trinity is in a class all it’s own. Specializing in performing a tribute to the music of Crosby, Stills, Nash & Young their soaring harmonies will remind you of CSNY in their prime. With Joe’s intricate fingerstyle guitar work, Fred’s driving rhythm guitar along with Eric’s electronic hand percussion and Eric Leffingwell’s fluid bass lines Trinity is unlike any other acoustic act.

We welcome everyone to come and enjoy a great evening of entertaining rock and roll music from two of the regions most acclaimed performers.

Colby James will perform at 8pm. Trinity hits the stage around 9:30pm. 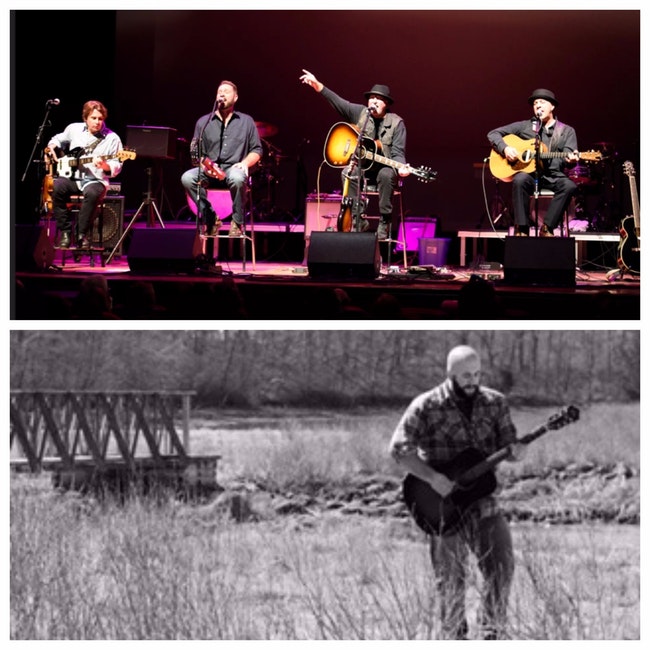