UFO is an English rock band who formed in 1969. UFO were ranked #84 on VH1’s ‘100 Greatest Artists of Hard Rock.’ For UFO, it’s always the audience who passes the final judgment on the quality of a song. Only when a number has proved its worth at a UFO gig, can vocalist Phil Mogg and the rest of the band be confident that it will stand the test of time. Besides Mogg, UFO features Andy Parker (drums), Paul Raymond (keyboards), Vinnie Moore (guitar) and Rob DeLuca (bass). Expect all the classics and songs from their latest studio album ‘Seven Deadly.’ 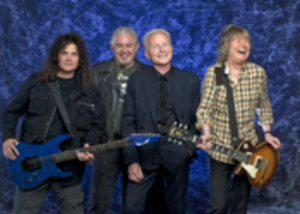