Their love for early rock ’n’ roll, true country, raw blues and pretty much any kind of authentic American music branded them quickly as anomalous — and electrifying. Since that time they’ve barnstormed far beyond their Boston hometown, playing honky-tonks, beer joints and more recently concert venues throughout the U.S. They’ve amassed a loyal legion of fans along the way. The media have noticed too, including Rolling Stone, which heralds them as a “modern-day Buddy Holly plus Dwight Yoakam divided by the Mavericks.” 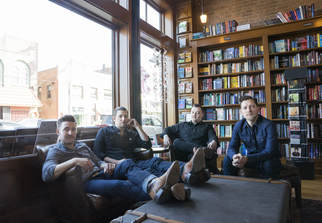