Anyone who’s paid attention to his recent output knows that Willie Nile is currently in the midst of a creative renaissance that’s produced some of the most compelling music of his 35-year career. The tradition continues with his forthcoming American Ride, is being released on Loud and Proud Records, where Nile becomes the first artist released under the label’s new deal with RED Distribution. ‘It’s pretty rockin’ over all, but there are some left turns and right turns along the way,’ Nile says of the album, which was fan-funded through Pledgemusic.com. ‘There are songs about the rights of man, songs about freedom, songs about love and hate, songs about loss, songs about God and the absence of God, and songs about standing up for your fellow man. It’s upbeat and full of life. I’m thrilled with how it came out.’ Willie Nile’s fans include Bruce Springsteen, with whom he’s guested onstage on multiple occasions, and Pete Townshend, who personally requested him as the opening act on the Who’s 1982 U.S. tour. Other avowed Nile admirers include Bono, Lou Reed, Paul Simon, Ian Hunter, Graham Parker, Jim Jarmusch, Adam Duritz, Little Steven and Lucinda Williams, who once remarked, ‘Willie Nile is a great artist. If there was any justice in this world, I’d be opening up for him instead of him for me.’ 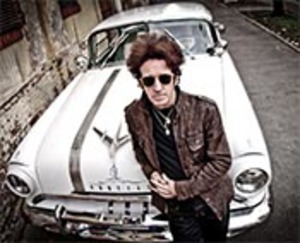