Wishbone Ash, one of the most influential guitar bands in the history of rock, returns to North America in September for the second leg of their Blue Horizon Tour. Due to popular demand, the group will feature their best-selling ‘Live Dates’ album in its entirety, in addition to tracks from their new studio album, ‘Blue Horizon.’ After logging more than 10,000 miles touring the South and West Coast this spring, the group will traverse the middle and northeastern portions of the country for the fall tour. Formed in 1969, Wishbone Ash has to its credit 24 original studio recordings, 10 live albums and four live DVDs along with a DVD rockumentary (‘This is Wishbone Ash’). The band is led by founding member Andy Powell on guitar and vocals, trading licks with Finland’s guitar wizard Muddy Manninen. Bassist Bob Skeat, a 17-year veteran of the band and in-demand studio musician, sets the pace with Joe Crabtree, one of the best of Britain’s new breed of drummers whose performance credits include Pendragon and David Cross of King Crimson. Recorded on tour and released in 1973, ‘Live Dates’ is Wishbone Ash’s best-selling album, even outpacing the perennially popular ‘Argus’ (1972), which attained gold status. 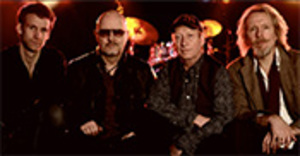