She’s been called Seattle’s Emmylou, and when you hear her sing it may be hard to believe she was born and raised in the Great Northwest. The combination of her inventive songwriting, true-blue twang, and rock solid country band, the Lost High Rollers, has led critics to call her one of the best up and coming interpreters of classic country music. Muth’s lyrics reflect her deep love for the history behind the music and focus on the tried and true topics of everyday life: disappointment, lost love, and trying to make enough money to live on. Her songs, beautifully rendered vignettes filled with subtle wordplay that never fall simply into cleverness, but instead give us truths about our lives and relationships that are subtle and unflinching. Traces of her influences, from John Prine to the Louvin Brothers and Lucinda Williams are evident, but her songs are hardly derivative. Muth has a knack for writing songs so true and familiar you feel as if they’ve been around forever, if she keeps writing them like this, they will be. Since forming in 1988, Big Sandy & His Fly-Rite Boys have emerged as one of the world’s most respected practitioners of American roots music, western swing, rockabilly, and traditional country, playing it like they invented it. ‘I think of us as just a rock and roll band. A rock and roll band that’s letting the roots show,’ says bandleader Big Sandy. Whether they’re playing the Grand Ole Opry, Late Night With Conan O’Brien, or simply climbing out of a bus after rolling into your town, these guys are bringing us some great old-time rock and roll. 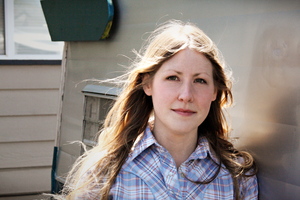