Zoink Zulag and The Galactic Shag 2/7/19

The Galactic Shag are a rogue band of troubadour aliens from universes outside of our own who have attempted to assimilate with Earth culture by combining their unfamiliar alien themes with our familiar, Earthly music stylings. When Earthlings have been asked what they think The Galactic Shag sounds like they always reply, “It’s as if David Bowie and Frank Zappa had an alien love child, but Bruno Mars had to raise it coincidentally off of the music of The Talking Heads and various 80s hair metal.” In other words, expect an intergalactic theatrical rock experience that will transport you to a whole new galaxy of music and fun that anyone young, old, or alien can enjoy.

Formed in 2012 to achieve the ultimate goal of winning the Tiverton Middle School 8th grade talent show. Bochek has grown and evolved as time has progressed. Bochek is blend of many musical styles that create a sound like no other. Writing and playing is what we do. WE’LL NEVER STOP. 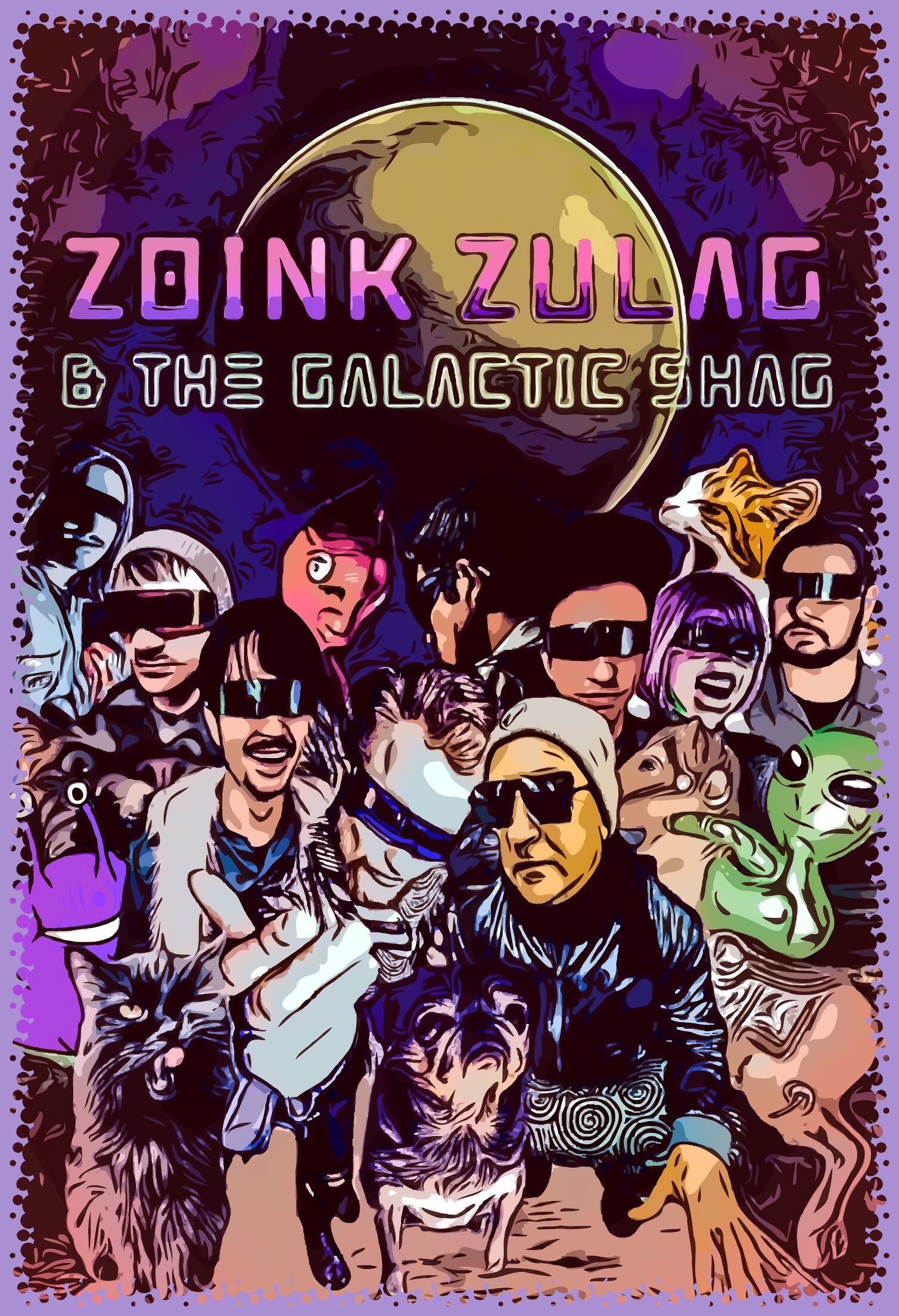