Jefferson Starship, created by Rock & Roll Hall of Fame inductee and Jefferson Airplane founder Paul Kantner; and, David Freiberg, also a former Jefferson Airplane member and co-founder of the legendary Quicksilver Messenger Service – takes aim on yet another historic milestone in 2012. The band, descended from Jefferson Airplane – who performed at Monterey and Woodstock, at Altamont with the Rolling Stones, and shared the bill countless times with Grateful Dead & Janis Joplin, and whose music helped define a generation focused on civil rights, environmental awareness and anti-war activism – is set to perform their 2,000th concert since they first soared in 1974 following the 1972 dissolution of Jefferson Airplane. Jefferson Starship 2012 features a luminary assemblage, fronted by Grammy nominated lead vocalist Cathy Richardson who starred on Broadway on ‘Love, Janis.’ Joining Richardson, Freiberg & Kantner is longtime lead guitarist Slick Aguilar who has been with the band 20 years and toured with David Crosby before that, drummer Donny Baldwin who appeared on many of the band’s classic recordings and also toured with Jerry Garcia Band, and keyboardist/bassist Chris Smith who joined the band in 1998 after years with The Supremes. The band continues to perform their iconic repertoire of hits spanning all eras of their existence, including ‘Jane,’ ‘Somebody To Love,’ ‘Miracles,’ ‘White Rabbit,’ ‘Volunteers,’ ‘Count On Me’ and many more. 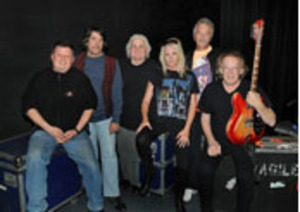