Jim Lauderdale is a Grammy?? Award winning musician and one of the most respected artists working in the Bluegrass, Country and Americana music communities today. He is considered one of Nashville’s ‘A’ list of songwriters with songs recorded by artists such as Patty Loveless, Shelby Lynne, Solomon Burke, The Dixie Chicks and George Strait, who has had numerous hits with Jim’s songs. Jim’s music has been featured recently on the ABC hit show ‘Nashville’ and he had several tracks on the soundtrack of the successful film ‘Pure Country.’ Jim is also in high demand as a player, touring with the likes of Lucinda Williams, Mary Chapin Carpenter, Rhonda Vincent and Elvis Costello. Jim, who frequently collaborates with legends like Ralph Stanley and Elvis Costello, is also a critically acclaimed solo artist with dozens of studio releases, including his latest Carolina Moonrise, written with Grateful Dead lyricist Robert Hunter and Buddy and Jim, the critically acclaimed new duets album recorded with long time friend Buddy Miller of which Mojo states: ‘Miller and Lauderdale’s duets have both the easy familiarity of old friends and the musicianship of old pros. 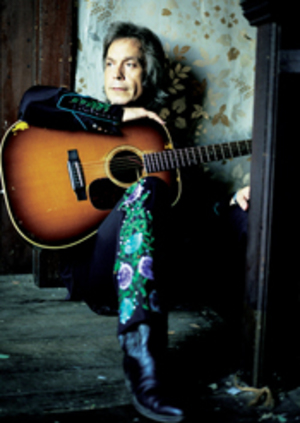