Even the most inspired and free-thinking artist, one whose celebrated command of his instrument and musical expression underscores a strong sense of fluidity and freedom within the traditional structure of American rock music, can wake up one day with the desire ‘ the need, rather ‘ to flip the table, reshuffle the deck, and draw fresh cards for himself. And so we find Steve Kimock, a master of small band improvisation and champion of the national rock and dance band circuit for four decades, breaking new ground with his latest solo effort, Last Danger of Frost. ‘There are other spaces and experiences music flows into, fills, and conforms to: family, nature, travel, quiet study and contemplation, imagination, to name a few. For me, the balance of the music has shifted to ‘other,” Kimock declares. As evidenced on Last Danger of Frost, the ‘other’ morphs acoustic and electronic sounds, voiced by vintage guitars, synthesizers and bass. For instance, the ‘other’ found him laying down an entire track using nothing but guitar feedback, manipulated into bird song that he overdubbed into the ambient ‘Big Sky’. Recorded in Kimock’s century-old Pennsylvania barn last winter before a move back to California, Last Danger of Frost offers a daring personal expression that introduces innovative techniques the guitarist discovered in a solo setting. Kimock dismantles the rock band framework and takes a full stretch to create exploratory sounds and intimate compositions that may have been waiting to be revealed ‘ or rediscovered ‘ the whole time. ‘Music is the feeling you get when you listen to good music,’ Kimock states. ‘That was my understanding when I got my very first cheapo acoustic guitar and, failing to tune or play it, entertained myself by sliding the bridge around to change the pitch. The non-conventional technique and tuning concepts came early and easy. I listened and played without knowing anything other than that I was being transported to a beautiful new world by sound. Some half a century later I find myself in my barn, recording these sounds ‘ in the absence of commercial style and convention, peer pressure and audience expectation… or maybe just in defiance.’ In spring 2016, this music will be presented in an exciting, new intimate ensemble called KIMOCK when Steve partners with John Morgan Kimock (drummer, composer, multi-instrumentalist). The father/son duo has been composing further music over the past year, inspired by the record’s compositions and direction, orchestrating musical styles across genres and generations. Fans will encounter a listening experience that spotlights Steve’s remarkable tone in an intuitive flow of Eastern and Western folk music, heartfelt acoustic guitar, ambient electronic expressions, inventive covers, and contemporary compositions. Also planned for the new touring project are Steve’s longtime bass-playing left hand, Bobby Vega, who will bring 30 years’ worth of chemistry and collaboration, adding intrinsic groves and tones to the new compositions. Add to that special guest vocalist Leslie Mendelson, with whom the duo has also been composing, and you have the makings of an inspired new project. KIMOCK invites audiences to lean in, listen and experience the symbiosis. 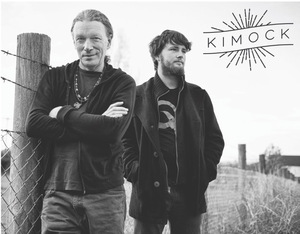