The New Yorker has warily described McKay as ‘funny and touching, ceaselessly clever and scarily talented.’ Since her last album, besides eating potato chips, scratching her ass, and watching reruns of Mister Ed, Nellie has indulged an extended run in the award-winning off-Broadway hit Old Hats and written three acclaimed musical biographies – I Want to Live!, the story of Barbara Graham, third woman executed in the gas chamber at San Quentin, Silent Spring: It’s Not Nice to Fool Mother Nature, an exploration of environmental pioneer Rachel Carson, and her latest, A GIRL NAMED BILL – The Life and Times of Billy Tipton, named one of the Best Concerts of 2014 by The New York Times. Nellie has previously released five full-length albums, including Pretty Little Head, Obligatory Villagers and Normal as Blueberry Pie (‘among the killer overhauls of American standards’ – The New York Times). She has won a Theatre World Award for her portrayal of Polly Peachum in the Broadway production of The Threepenny Opera and performed onscreen in the films PS I Love You and Downtown Express, as well as writing original music for the Rob Reiner film Rumor Has It and contributing to the Emmy-winning documentary, Gasland. Nellie’s music has been heard on the TV shows Mad Men, Boardwalk Empire, Weeds, Grey’s Anatomy, NCIS and Nurse Jackie, and she has appeared on numerous TV shows including The Late Show with David Letterman (with the Brooklyn Philharmonic). In 2010, the Chase Brock Experience produced a ballet of Obligatory Villagers and Nellie contributed the forward to the 20th anniversary edition of The Sexual Politics of Meat, by Carol J. Adams. Her writing has also appeared in The Onion, Interview and The New York Times Book Review. A recipient of People for the Ethical Treatment of Animals Humanitarian Award in recognition of her dedication to animal rights, Nellie is an annoyingly vocal advocate for feminism, civil rights and other deeply felt progressive ideals. She is currently part of the campaign to get horse-drawn carriages off the streets of New York City. 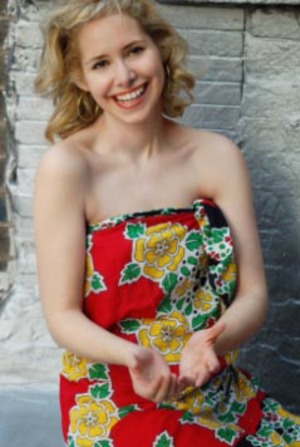