Since we last heard from Shawn Mullins on 2008’s honeydew, the Atlanta-based singer/songwriter and bandleaderhas undergone a series of transformative experiences, leading to a second coming for the veteran artist. Evidence of Mullins’ newfound level of musical and lyrical ambition courses comes through with Light You Up (Vanguard Records, October 12). This captivating new song cycle will likely be viewed as a flat-out revelation even by Mullins’ most fervent fans. His experiences included an indoctrination into the collaborative creative process by numerous bouts of intensive co-writing, in one instance putting him atop of the country charts via a key contribution to the Zac Brown Band’s ‘Toes,’ marking his third #1 single, following 1999’s ‘Lullaby’ and the 2006 Triple A/Americana chart-topper ‘Beautiful Wreck.’ Further co-writing yielded nine of the 11 songs on the new album, which Mullins believes represents the strongest, most expressive writing of his distinguished career. All of this creative activity was topped off by the birth of Shawn’s first child, Murphy, in August of 2009. 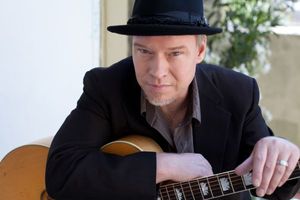