The Melodic, whose young members hail from the South London melting pot of Brixton, are currently trekking across North America utilizing an assortment of exotic instruments including the charango, kora, and melodica. As Electronic Musician writes ‘these international instruments are what give Effra Parade its very British folk-pop flavor. For a band in their early 20s, the Melodic’s debut, Effra Parade, sounds aged and knowing. Paste says that the band ‘creates a blend of various musical stylings and spits them out as something fresh and sleek… Percussion shuffles along as the group’s harmonies intertwine, coalescing into a soft yet poignant timbre that evokes shimmering memories of careless days.’ No Depression recently described the band’s sound as ‘filled with globe-bouncing catchiness, young spirited harmonies, and melodically whimsical rhythms,’ while The Atlantic City Weekly writes ‘Saluting English ’60s folk heroes such as Bert Jansch, the Incredible String Band, Vashti Bunyan, Fairport Convention and Nick Drake while taking the baton from Scotland’s Belle & Sebastian for a stretch. Songs such as ‘Roots’ and ‘Runaway’ are perfectly plucked gems, while ‘On My Way’ could be a legit hit.’ 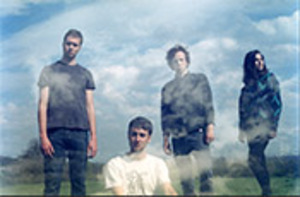